Home » 6 ways to do takeout — without the waste

6 ways to do takeout — without the waste 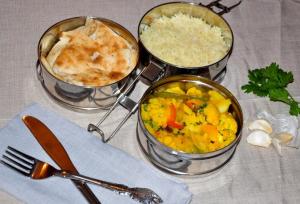 Takeout is a great way to skip cooking and the dishes. But it often comes with a side of guilt about all the waste — much of it Styrofoam or black plastic that are non-recyclable in most cities across Canada.

The good news, given that it's Waste Reduction Week in Canada, is there are a growing number of options for zero-waste takeout, including some high-tech systems that could one day be deployed across entire cities to make throwaway containers obsolete.

The simplest ones — such as customers bringing their own containers and restaurants not automatically offering things like plastic cutlery — are free and can even save restaurants money, said Lisa Borden, who has been trying to reduce restaurant waste through her website, Takeout Without, since 2010.

"It's something [where] we can have an immediate impact by choosing not to do or to do," she said.

According to Statistics Canada, annual sales at fast-food restaurants alone totalled $30.5 billion in 2017. Assuming an average of $10 a meal, that translates into 83 fast-food meals per person last year — and all the associated waste.

That's before you include takeout and delivery from full-service restaurants in Canada, which has been skyrocketing in popularity, especially with the arrival of delivery services like UberEats and Foodora. According to a report from the German market research portal Statista, online food delivery in Canada alone was expected to be worth $1.91 billion in 2018, up almost 28 per cent from 2017.