The circular economy re-engages consumption and production beyond the traditional linear model by decoupling economic growth from resource use. Circularity has the ability to improve the value of natural resources, reduce carbon emissions, and eliminate waste. The circular economy benefits the environment - and by extension, humans and biodiversity- in several ways. 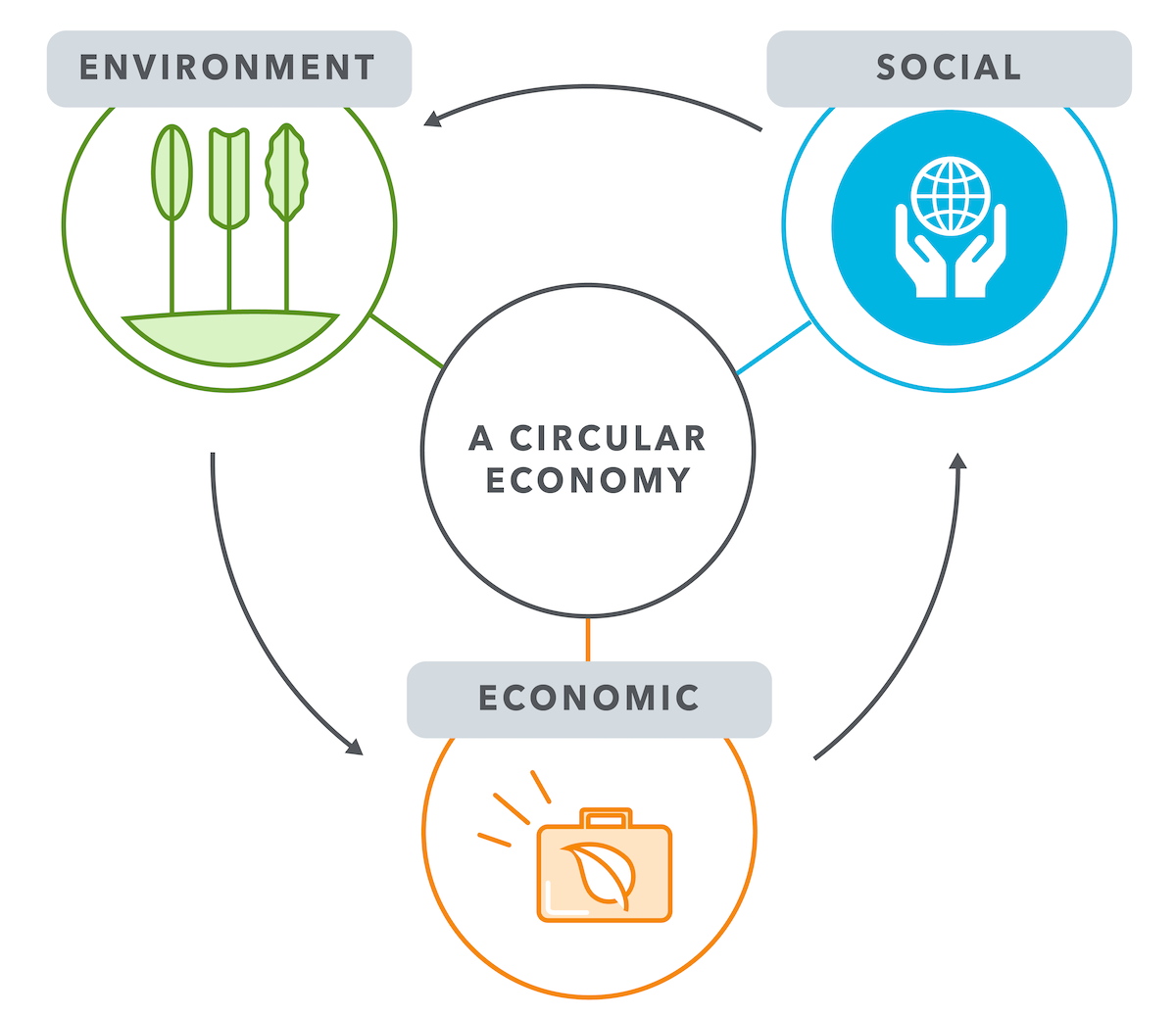 The circular economy is built from a realignment of our values designed to protect our natural capital, reduce carbon emissions, and eliminate waste. As documented by the Ellen MacArthur Foundation, our ability to achieve climate targets require us to address the 45 percent of global emissions generated from how we make and use products and how we produce food. 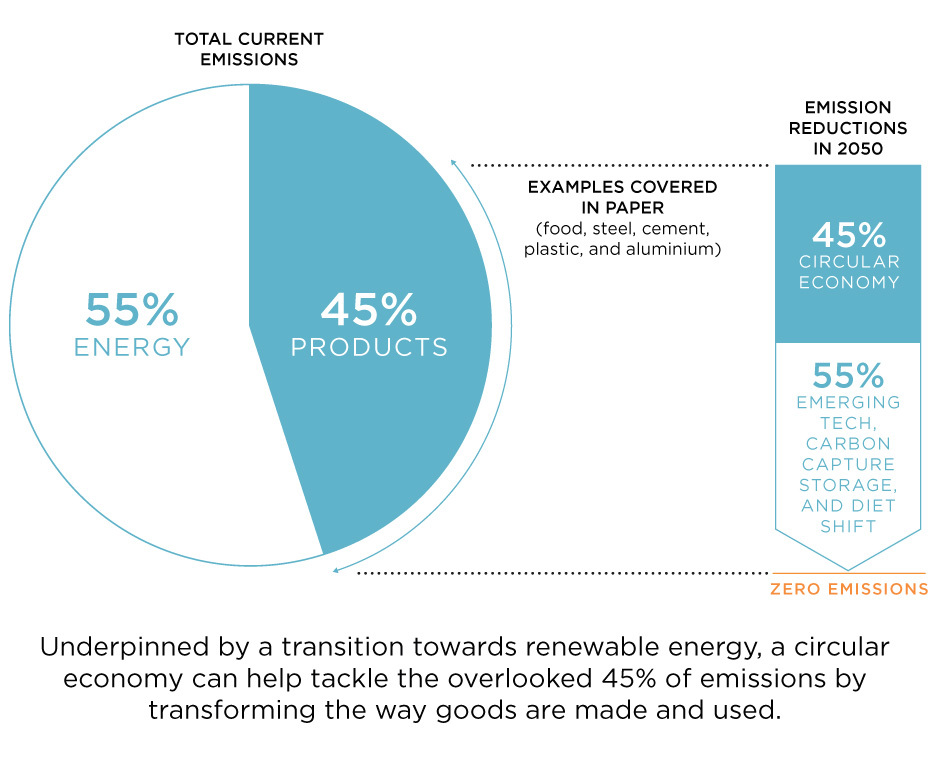 Environmental Benefits and Opportunities of the Circular Economy 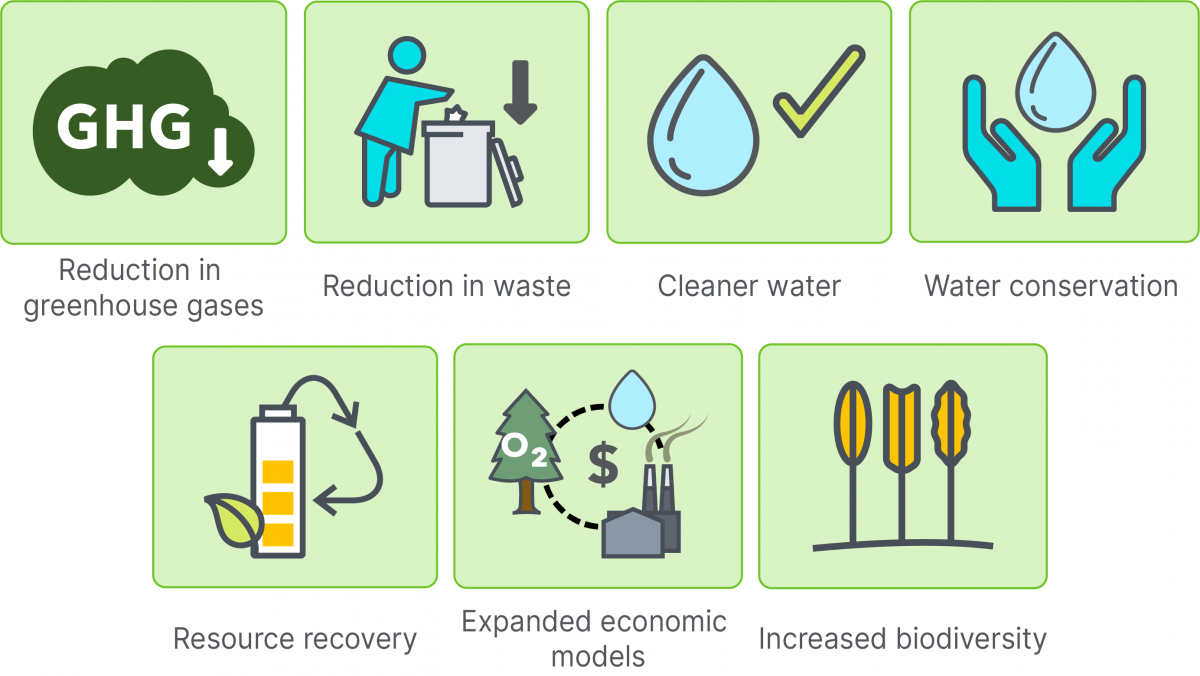 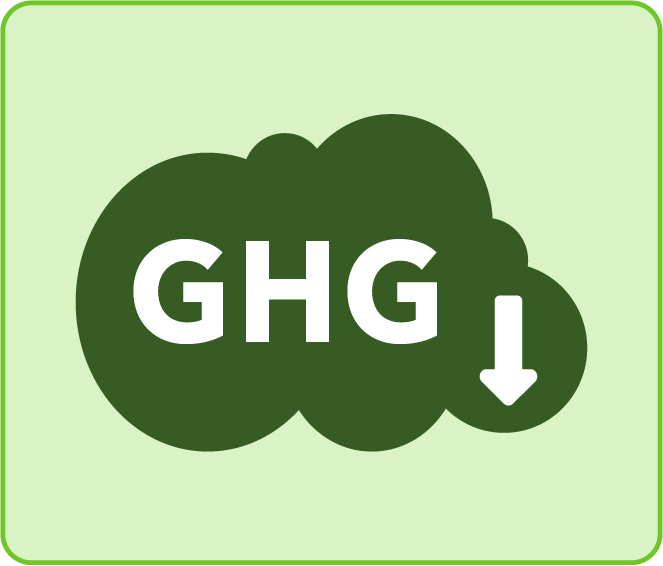 By transitioning to a Circular Economy, Canadians can prevent 1.8 megatonnes of carbon dioxide equivalents from entering the atmosphere every year, and 5 million carbon dioxide equivalents in the future. Local initiatives and projects – like container refill/reuse, sharing platforms, repair, and place-based resource recovery are essential in a circular economy and help lower greenhouse gases. For example, Circular Innovation Council and Guelph-Wellington successfully trialed a food waste pilot in the community, and were able to generate compost while preventing 63 tonnes of carbon dioxide equivalents. That's the same as taking 44 cars off the road for an entire year! 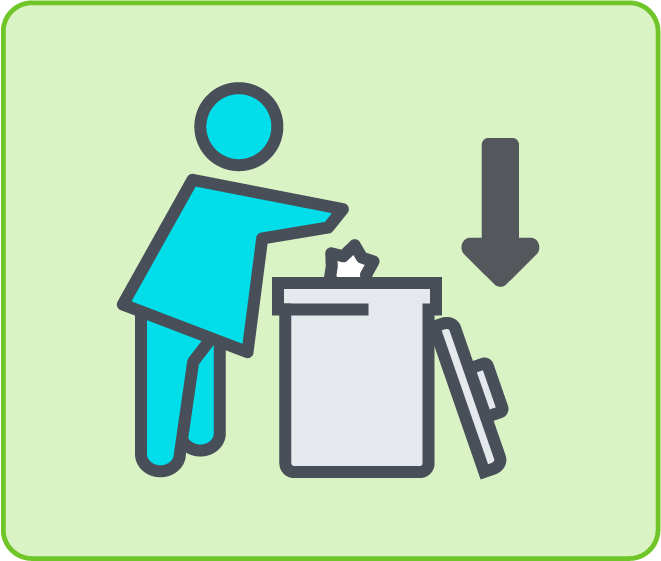 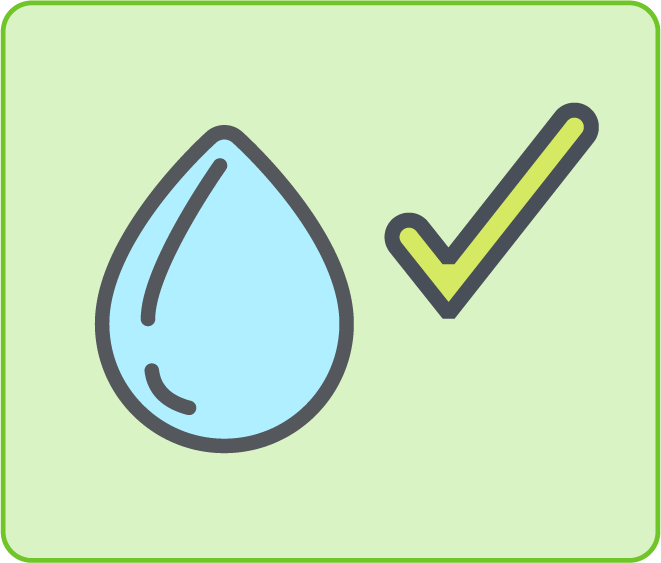 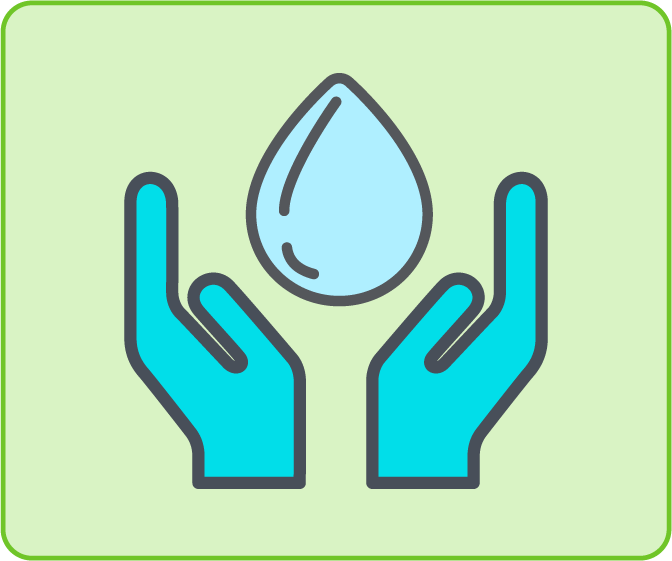 Recent research around the globe has pointed to the presence of microplastics in groundwater, surface water, and even drinking water. It is challenging for governments to create an assessment framework for microplastics because of microplastics' chemical and physical complexity. So, how does the circular economy help? While the Government of Canada is working on addressing the issue and is in the process of implementing plastic regulations, the best way to make a direct impact is in prevention:

By diverting plastics from the landfill through sharing, reusing, and recycling, fewer plastic goods are exposed to the environment, and fewer microplastics are generated. Protecting water bodies from further pollution and improving water quality will help conserve this important resources for generations to come. 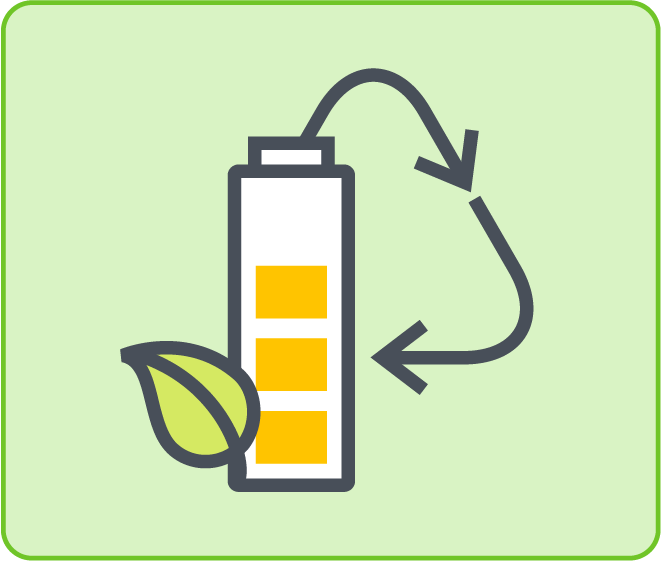 By keeping products in use and out of the landfill, we generate less demand for the extraction of new resources from nature. For example, recycling e-waste provides a local source for rare earth metals (which are required to make new devices), thereby reducing the need for harmful mining practices. By generating demand for recycled paper goods, we support resource recovery and reduce our impact on forests - which provide an ecosystem service by reducing carbon dioxide and producing the oxygen we breathe. 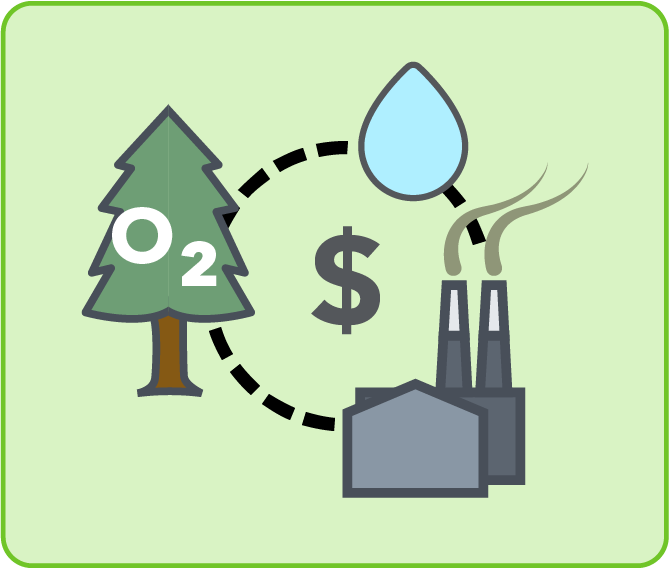 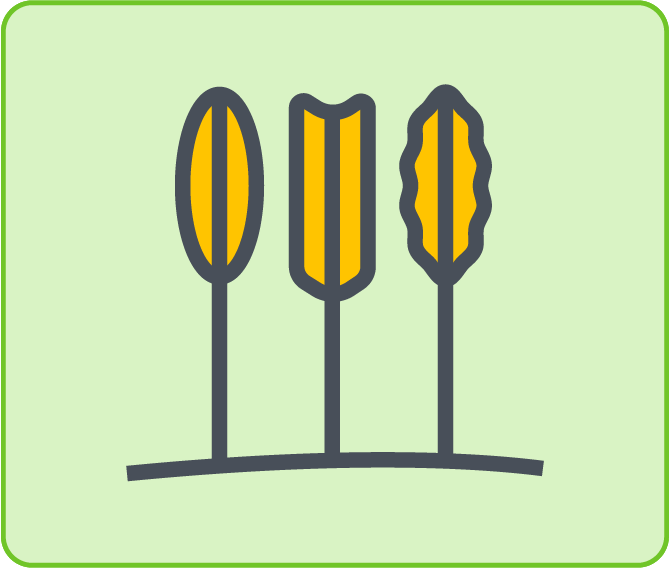 At no other point in recent history have other species so rapidly disappeared. By overusing Earth's resources - through urban sprawl, natural resource extraction, and creating and throwing out human capital (aka "stuff") - we have caused the disappearance of species. In fact the extraction and processing of resources causes over 90% of biodiversity loss. There are fewer species of mammals, birds, amphibians, fish, reptiles, insects, and plants; between 1970 and 2016, the populations of vertebrate species (animals with a backbone) have declined by 68%. The good news is that we can do something about it! Participating in a circular economy values the resources we already have and continues to value them by sharing, reusing, and repairing them.

How does increasing biodiversity help us? Studies have shown that increased biodiversity helps with food security. Having diverse species - genetically, amongst species, and in ecosystems - makes our food production systems more resistant to sudden changes, and helps organisms adapt to changes in the environment over a long period of time.