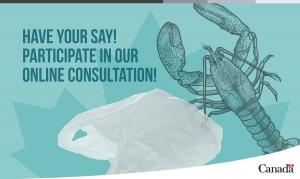 Plastics are part of the everyday lives of most Canadians. Globally, since the 1950s, plastics production has increased more than any other manufactured material, thanks to their low cost, durability and utility. But the amount of plastic designed to be used once and then thrown away leads to a significant waste of resources and energy—and the litter can pollute our environment and pile up in our landfills.

Around the world, people and companies throw away between $100 and $150 billion worth of plastic packaging each year. Plastic waste and marine litter, including microplastics (particles of plastic that are smaller than 5 mm), pose a serious threat to the health of our oceans, waterways and well-being.

Marine litter is a global problem: it’s also found on all of Canada’s coasts and in freshwater areas, including the Great Lakes.

It’s time to take action – together, we can eliminate plastic waste and reduce marine litter in Canada.

Join in: how to participate

Individuals can make a big difference by reducing the amount of single-use plastic products they use (like disposable coffee cup lids, straws and packaging) – but we also need to take action as a country.

That’s why the federal government, through Environment and Climate Change Canada, is asking Canadians to share their ideas and suggestions, through email, mail and PlaceSpeak, an online engagement platform. Your feedback will help develop a federal-provincial-territorial approach to manage plastic waste and reduce marine litter.